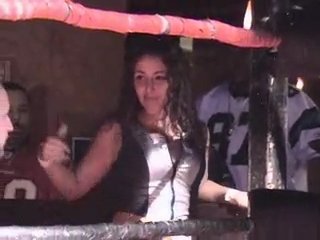 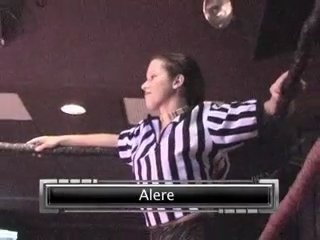 Bob Artese introduces the referee Alere. Alere is of American Indian descent. She is a bit conservative as she is wearing a traditional, full length ref shirt, with shiny, long black pants. She looks cute. 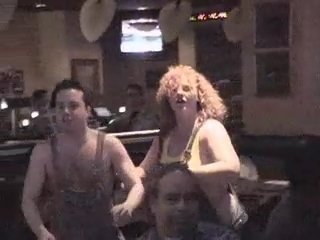 Bob announces the next match as “Real Fat versus Baby Phat”. Dawn Mae with her scrawny brother Davey Mae walk around the venue getting into verbal battles with various fans around ringside. The fiery permed redhead, Dawn is robust to say the least. She is wearing blue denim long legged overalls that showcase her sports bra, and high riding thong. 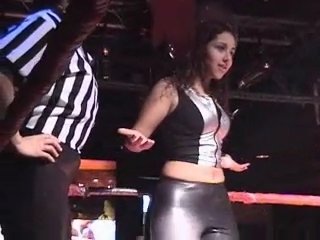 The young Baby Phat makes her way to the ring with cheers and clapping. Baby Phat aka Tara Charisma is a short, and thick (what looks like) Italian girl with reddish-brown curly hair. She has a small, but nice size chest --and her ass is incredibly huge (and delectable) and is shown off with her shiny, black long pants. 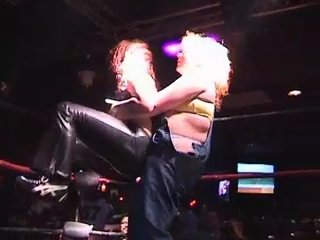 Baby Phat tries to go on the offensive, but Dawn Mae shuts her down. 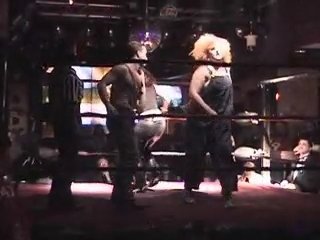 Davey sticks his nose into the match, and ring as some Mae double teaming ensues. 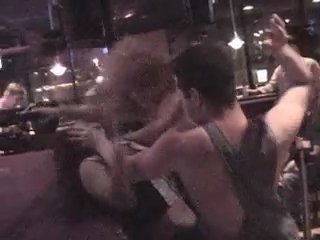 Dawn goes on the offensive again, but Baby Phat escapes to the outside where she meets up once again with Davey as the two exchange some blows. 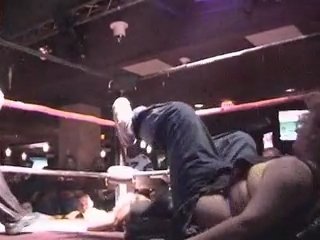 Dawn Mae jumps and sits on Baby Phats stomach --a devastating maneuver taking all the wind out of Baby Phat. 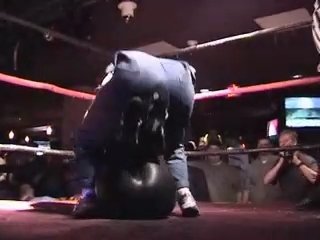 Baby Phat still writhing in pain, Dawn tries again to jump and sit on her stomach, but this time is met with double knees to the crotch send her jumping around in pain. 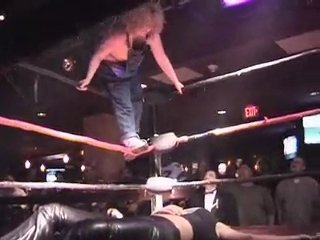 The Sound Guy appears at ringside and shoves Dawn Mae off the top rope as she is looking to finish Baby Phat. Davey confronts Sound Guy afterwards, to which Sound Guy just unleashed on the smaller Davey Mae. 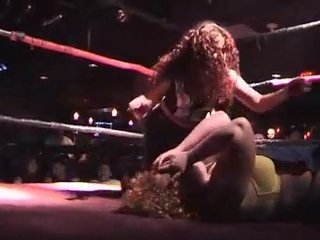 Baby Phat is able to hit a running up the corner ropes bulldog to capture the win to the audience excitement.