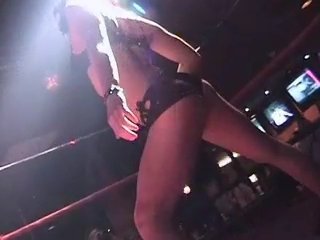 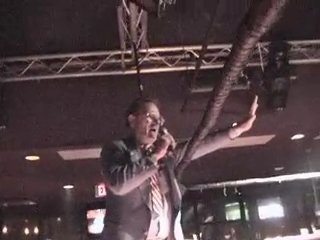 The state commissioner, Frank Talent, jumps up on the ring apron and an argument ensues. Mr. Talent then set up a unique quandary of a match as a 6 person Battle tonight for the World Title? It’s going to be the Ho Haters vs Missy “The Schoolgirl”, Tai “Killer” Weed, and G.I. Ho. Mr. Talent is definitely flexing his “state” muscle here and giving the fans what they want. 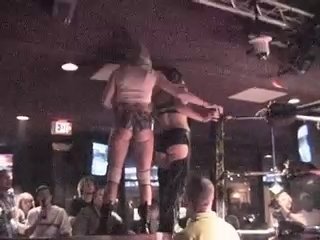 G.I. Ho and Tai “Killer” Weed enter the venue and the place erupts as both girls give the most entertaining entrances. Both girls drinking bottled beer on the way to the ring, through the crowd, on the crowd, and on top of bars and tables too. Frank Talent calls this battle will be a “No Rules” match. 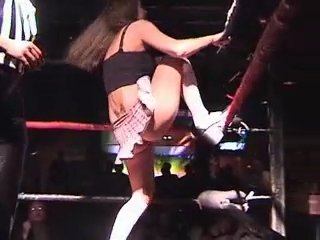 Missy “The Schoolgirl” is wearing a tight, short black shirt and her pink plaid mini-skirt. Missy is in shape, and looking good. 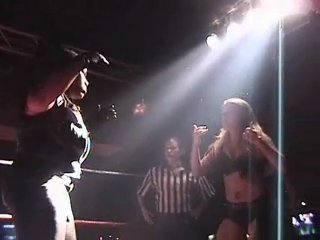 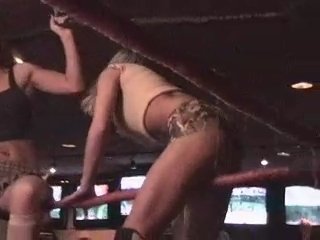 G.I. Ho is wearing her green short-short tight booty shorts with a with cut off t-shirt that show off her beautiful breasts. 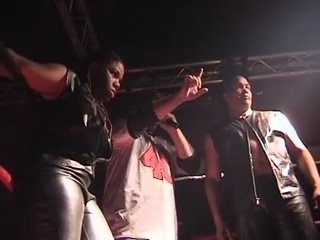 The Sound Guy, Smoke, and Lady Storm will take on the “ho’s” 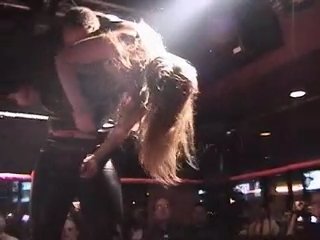 Lady Storm and Tai start the match off. Lady Storm puts a pounding on Tai. Storm has cut the ring off not allowing Tai to make a tag. 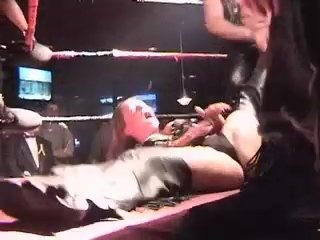 The Sound Guy and then Smoke take their turns punishing Tai as well. The crowd has begun numerous “G.I. Ho” chants. Alere is trying to keep some kind of order in the ring, but is not doing a great job. 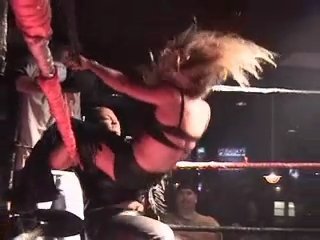 For some reason Lady Storm throws Tai to her corner for one of her mates to make a tag. Both G.I. Ho and Missy are reluctant and don’t tag in. Tai digs down and attacks Storm with her fifth wind. She rides Lady Storm in the corner with some kind of bronco buster. 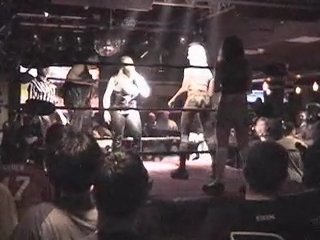 Tai finally is able to tag in G.I. Ho. Lady Storm and Ho exchange blows in the ring, as Storm gains the upper hand. 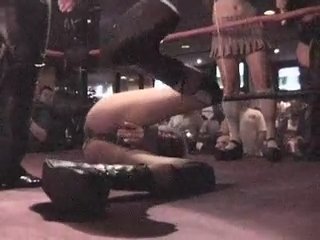 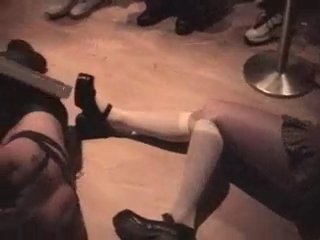 Action spills out of the ring, as Brittany delivered some weapons ringside. The Sound Guy and Brittany gang up on Tai and Missy outside the ring. 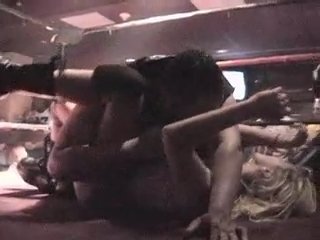 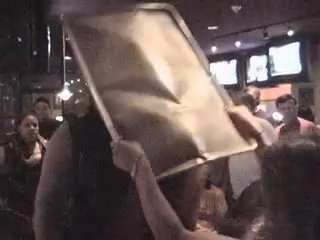 Tai and Missy as hitting the Sound Guy with whatever they can from cooking sheets to steel trash cans. Absolute bedlam in the this place right now. 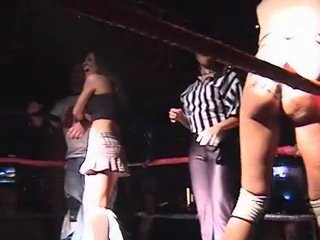 Back in the ring “the ho’s” have gained the upper hand and are working over the “ho haters”. 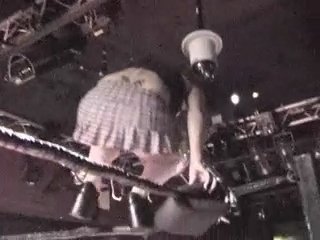 Missy “The Schoolgirl” climbs to the top rope and launches herself onto the Sound Guy who was standing outside the ring. This girl is nuts. Alere is paying attention and delivers the pin count outside as Missy pins the Sound Guy. 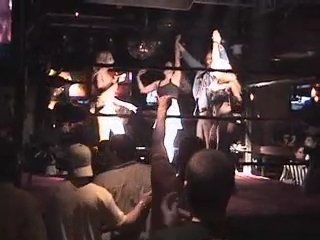 Back in the ring G.I. Ho, Tai, and Missy celebrate to the fans approval. The girls are exhausted from the brutal battle. Frank Talent gets in the ring to celebrate the victory with the girls as they defeated the Ho Haters. The crowd chants “take it off, take it off” very loudly. G.I. Ho and Tai KNOW how to entertain!