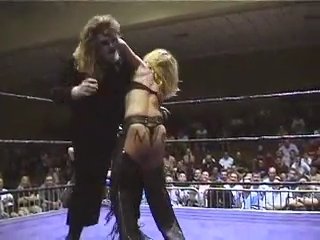 The energetic Isis aka Isabella makes her way back to the ring for a little dance, which the crowd loves (so does the ring announcer!). This girl can really move. 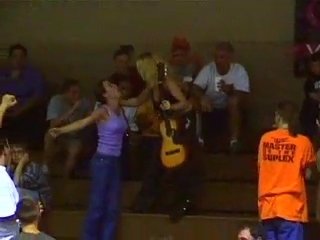 Music hits and the crowd rise to their feet as Tai Weed makes her entrance. Halfway to the ring, she changes directions and decides to go through the crowd, up through the bleachers until she finds one lucky female fan who she begins to kiss and make out with. Everyone loves the wild child Tai! 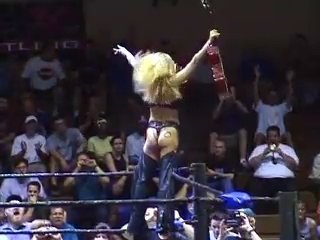 The blonde Tai weighs in at 100 pounds, and is dressed in her assless, black, leather chaps with the letters N.W.O. written on her butt cheeks. 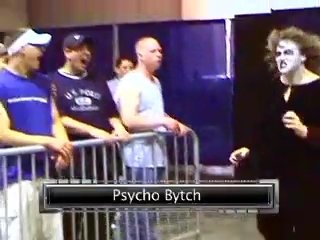 Screams ring out through the Armory, as the song "Crazy Train" begins, with the crowd is on their feet anticipating the next wrestler --until that is that Psycho Bytch comes barreling out of the curtain screaming, literally scaring the shit out of everyone in the building. Truly an entertaining talent! 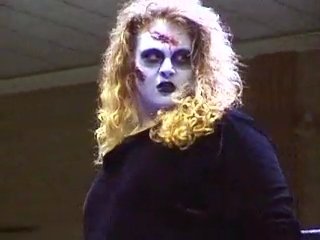 Psycho Bytch is just over six feet tall, and has a pretty large stature. She is an agile women who paints her face with Halloween makeup, and occasionally lets out very loud screams --sometimes for no reason at all. I'm not questioning her on why she does this... lol 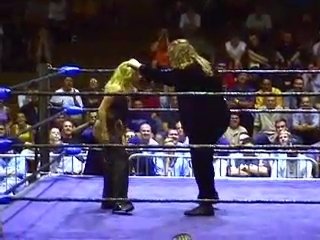 Tai vs Psycho in “Extreme Psycho Warfare” is the female version of David versus Goliath as two crazy bitches will battle it out using everything they have in their arsenals to defeat the other. 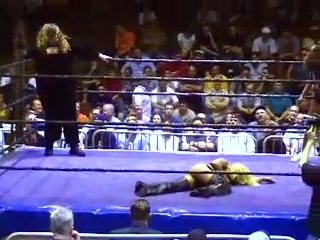 Psycho begins with overpowering the much smaller Tai Weed. Tai does manage to score a counter, but the big woman is too much for her. Tai will need to be smarter, and work faster and harder if she is to have any impact on the big beast. 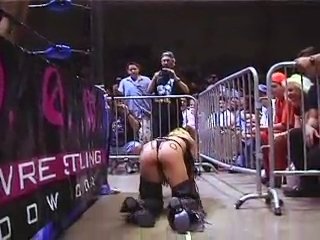 Tai finds peace rolling to the outside, as she crawls on the cold, hard floor trying to regroup, and rethink her strategy to defeat Psycho Bytch. 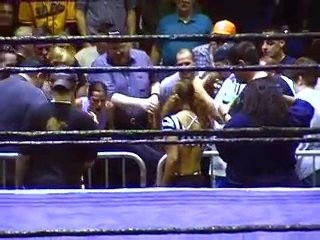 Psycho cuts her off in the walkway at ringside, picks Tai up and throws her into and onto the audience sitting (standing) in the front row. Action is now in the audience, and this place is going nuts. Tai continues to try to topple the big beast, but just isn’t packing enough power to get Psycho off her feet. 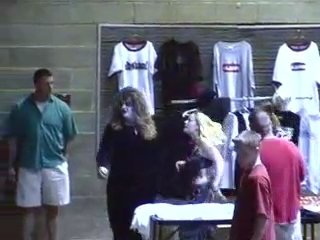 Psycho and Tai start to tour the Armory battling. Bytch launches Tai onto and across the food concession stand, as the old woman working the counter is yelling to “stop it!”. This is total mayhem, as the girls battle around the Armory. Tai is beginning to wear down Psycho, as she is able to whip her into the steel seating stands, which send Psycho to the ground. 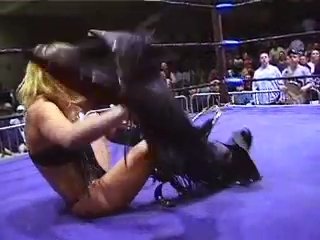 Back in the ring, Tai is ready to crank shit up as she starts to remove her chaps so she can free herself from the restraints to be able to accelerate her offense. As she is removing her clothing the crowd is losing it. Everyone is on their feet, as Psycho is recovering on the mat. 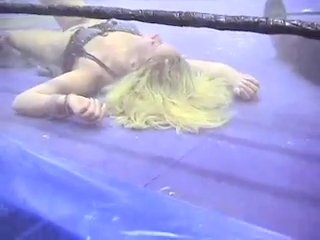 Music plays, and the Sound Guy rolls into and hits the ring to deliver a super hard, exploding guitar shot to Tai’s cranium. (MUST SEE!) 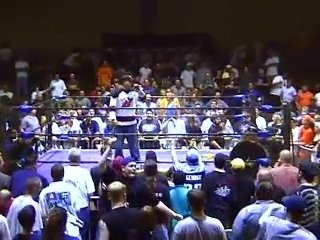 The Sound Guy then tosses Isis from the ring, sending her to the mat where she cuts her leg on a piece of the the broken guitar. He then goes on a rampage on the mic, which he informs the crowd that he hates them, as he removed his New Jersey Devils hockey jersey (a prop used to incite Philadelphia Flyers fans) to reveal his merchandise t-shirt “I Hate You”. The crowd is on their feet chanting “asshole”, and throwing various objects at the Sound Guy. Crazy scene right here. 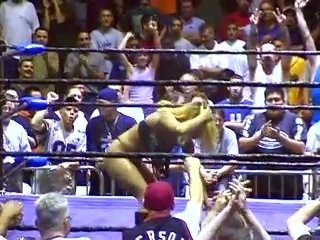 After Tai rises up to a standing ovation to make her way to the back, she refuses medical attention by the EMT’s on site.