This video download contains re-mastered footage of the impromptu match between the 44 double d breasted DEVON, and the tiny, hot-headed Puerto Rican round card girl MIMI. Devon begins to make a name for herself rather quickly, as she puts her foot down on the money making Mimi collecting tips during Devon's match, which Devon took as an insult.

During match DEVON was upset that MIMI was walking around collecting tips, thus taking away
attention from her --and her match with ANGEL.

Devon and Mimi exchanged words and we were soon into an impromptu match. We do apologize in advance as the video quality is dark and unstable at times. 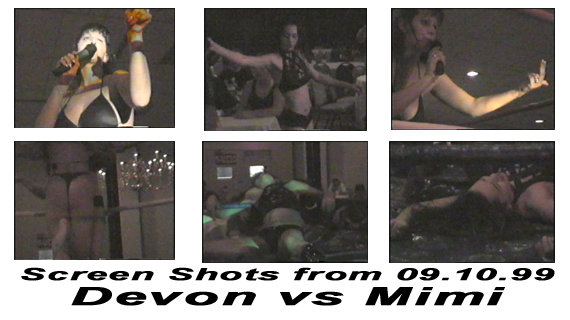