***FOR A VERY LIMITED WE OFFER YOU THE INSANE SALE PRICE OF THIS INSTANT VIDEO DOWNLOAD AS WE ARE CELEBRATING OUR SOFT GRAND OPENING OF THE NEW DWOWVOD.COM STORE!***

Congratulations! You've stumbled across some very rare video footage from the early days of The Dangerous Women of Wrestling, and it can now be yours, right now by digital download. Never before has this footage been released, as a vhs nor dvd, to the general public until NOW!

The only way you could've seen this action before is if you were there in person at the LIVE event --which most likely you weren't! This download is EXCLUSIVE to this site only and runs almost 1 HOUR long!!! This is an edited, re-digitized version of this event direct from the only master we have.

This footage was filmed on location, in front of a jam packed bar at Sportsters in Fairless Hills, PA. The crowd was literally and physically in a frenzy as there were no guardrails, no security and MIDGETS = a WILD SHOW!!! 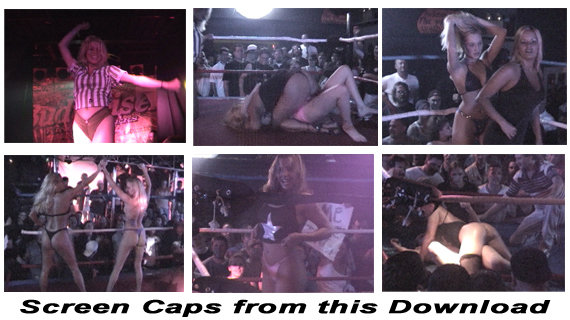