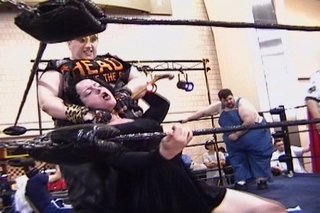 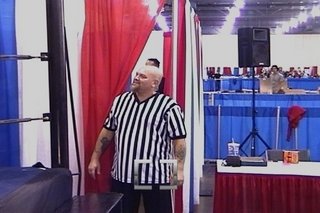 The Dangerous Women of Wrestling Battle Royal is upon us. Joey J. James announces Al Coffee as the referee. Elimination is over the top rope. Last one standing is the winner. 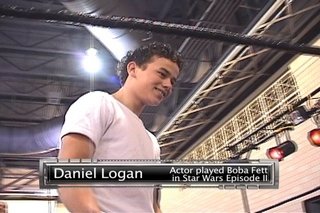 Announced next is the special guest timekeeper from STARS WARS II ATTACK OF THE CLONES, Daniel Logan aka Little Bobba Fett makes his way into the ring for his introduction.

Sitting at ringside with Daniel Logan is Kenny Baker who played "the original R2D2" in the original STAR WARS films. 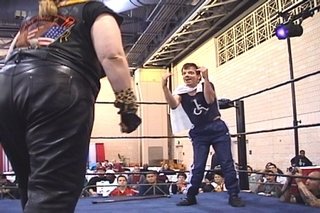 Entrant number one is Lucky “The Cripple Guy”... Next up was Dangerous Women of Wrestling Champion “Pryme Tyme” Amy Lee. Lucky throws his cane down, and the bell rings. Lucky signals for Amy to come to his corner, to which Amy does and starts pummeling him. 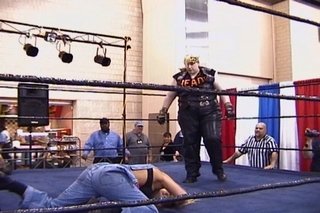 From Pottstown, PA is Tai “Killer” Mae in her long pants denim overalls. Tai goes right after Amy. Lucky is recouping in the corner. 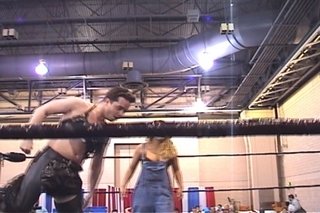 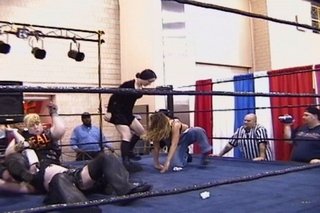 Annie Social dressed in a black, one piece mini dress enters the ring. Annie is wearing her hair and resembles Wednesday Addams. Tai walks up tp Annie and grabs her breasts to which Annie was not happy and retaliated. 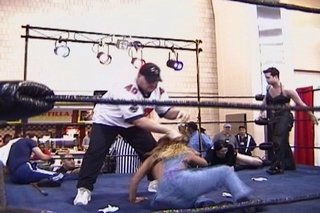 The Sound Guy hits the ring like a tornado and pummels Annie Social. He then goes after Tai waffling her with his trademark punch. Davey jumps on Sound Guy, who slams him hard to the mat. The crowd is becoming more vocal. 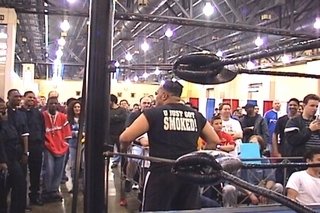 Commissioner Smoke joins his counterparts of Amy Lee & The Sound Guy. Smoke gets distracted by the fans who are heckling before he enters the ring. 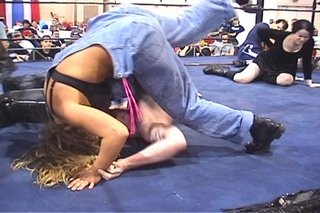 Tai is trying to pin Davey. Smoke starts on Tai, as the Sound Guy goes after Davey. 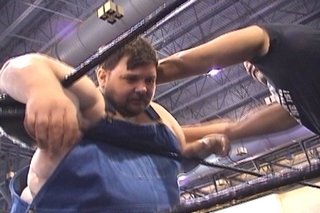 Poppa Mae is the final entry into the Battle Royal. To this point no one has been eliminated. Smoke begins working over Poppa Mae before he even gets in the ring. 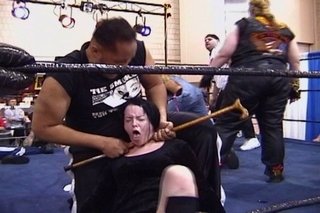 The Sound Guy is using Lucky’s cane to punish the participants. The Smoke is choking Annie Social using the ropes. 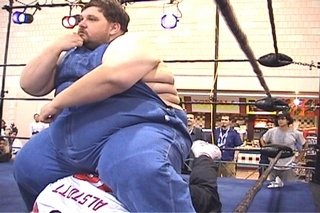 Poppa Mae splashes the Sound Guy, then sits on him. Lucky is strategically planted in the one corner away from everyone. Seems everyone has forgotten about Lucky to this point. 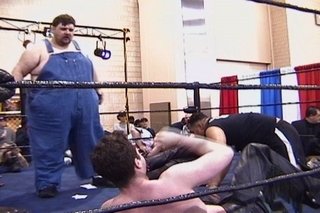 There’s a tussle in one corner where most of the participants are battling --that is until the Poppa Mae train comes barreling in and splashed everyone. Bodies are left lying everywhere. 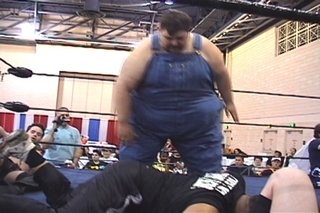 Poppa Mae is splashing people on the mat. 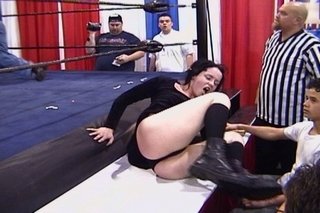 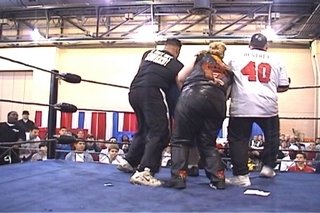 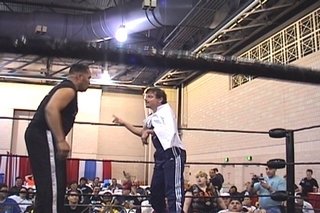 The Smoke vs Lucky “The Cripple” Guy are left, and Lucky is channeling the “Ultimate Warrior”. Lucky battles the Smoke, and clotheslines Smoke over the top rope to win the Battle Royal. 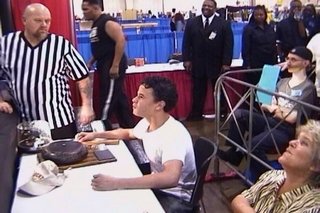 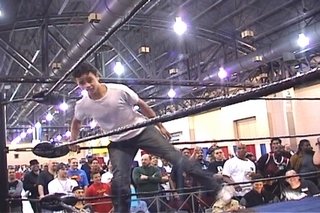 The Sound Guy calls Logan out to face him in the ring. Daniel hits the ring and the crowd is fully behind Logan. 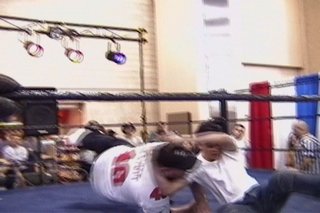 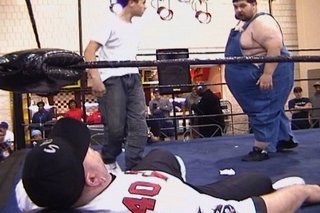 Lucky is up, and Daniel continues to beat down the Sound Guy, as he sets him up for Poppa Mae and his biggest splash of the day, sending Sound Guy down in the corner. 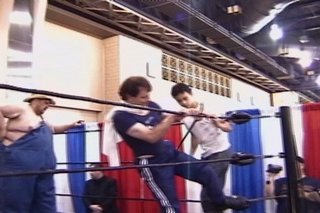 Poppa Mae sets up the stinkface, and hits it. The crowds loses it. The Sound Guy bails and is upset.

Daniel Logan celebrates in the ring with Lucky “The Cripple Guy” and Big Poppa Mae.