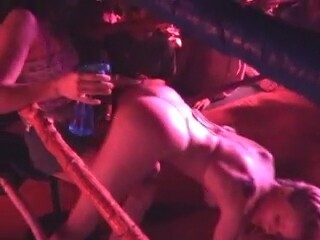 By request... DWOW finally drops the "Best of Tai"

Join us for a trippy journey back in time, as a young girl from Levittown, Pennsylvania had aspirations to one day do big things --like win a Women’s Wrestling World Championship. That is right after she’s done smokin this joint.

Tai made her start as an exotic dancer, which was the backbone to her becoming the underground cult superstar that she is. Beauty and brawn combined made Tai a complete entertainer, and wrestler. She is charismatic and unorthodox at times --a perfect fit to this dysfunctional wrestling family.

Dancing is where she got her break into the wrestling business, as she became good friends with a blonde dancer, Amber. Amber (aka GI Ho) started wrestling earlier that year, and introduced Tai to the GORGEOUS LADIES OF OUTRAGEOUS WRESTLING - G.L.O.O.W.

Unbeknownst to anyone at the time, Tai already had some actual pro wrestling training and experience under her belt --errr chaps. Together with her real world entertainment experience, Tai was ready to embark on her dream of becoming a pro wrestler.

Full Disclosure: This video is not made for everyone. This video is definitely not for wrestling purest. The camera work can be erratic and shaky at times. The video has been edited to clean up the camera work. We've tried our best to ensure the raw feel of these scenes and events while viewing. At times the lighting may be low, and downright horrible at times --and we've tried to brighten up the video at those points to help see action, as the girls like to fight in and on the audience. We have tried to brighten and adjust the contrast of the video, as well as used a colorizing filter plugin. The audio has also been tweaked a bit as well.